The EU Supply Chain Law will oblige companies to respect human rights in their supply chains. Here is what you need to know about the upcoming legislation. 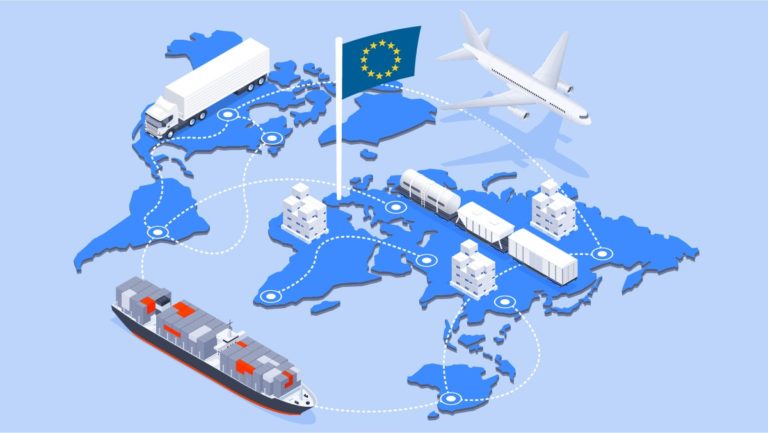 On February 23, 2022, the European Commission presented its proposal for a law on corporate sustainability obligations – the EU Supply Chain Law. It aims to oblige companies to comply with the entire value chain within their own business sector and it goes far beyond existing legislation at national level. In most cases, national law has a focus on specific human rights violations such as in the United Kingdom where The Modern Slavery Act requires all large organisations to produce an annual statement outlining the steps taken to prevent modern slavery in their business and supply chains. More countries are introducing national legislation with a cross-sectoral approach, however, such as France’s 2017 law on the duty of viligance which has far reaching requirements.

Across Europe, organisations need to be guided by EU regulations when implementing supply chain compliance measures in order to deal with subsequent amendments. The new EU law will have far reaching consequences across the continent and it could potentially impact organisations in the UK.

What is the EU Supply Chain Law?

The draft European Supply Chain Act requires EU companies to audit their suppliers along the entire global supply chain, including all direct and indirect business relationships.

The aim is to ensure compliance with applicable human rights standards and environmental protection in order to promote a fairer and more sustainable global economy as well as responsible corporate governance. Once the draft is approved by the European Parliament and Council, EU member states will have two years to transpose the Directive into their national laws.

Who does the EU Supply Chain Law apply to?

According to the law, what do companies have to observe?

Affected companies must fulfill their corporate due diligence obligations along the supply chain with regard to human rights and the environment. In order to do so, the following steps must be implemented:

The due diligence obligation applies not only to an organisation’s own business activities or those of its subsidiaries, but equally to direct and indirect suppliers (provided it is an established or permanent business relationship) as well as the use and disposal of the goods produced.

What do companies in the UK have to observe?

Currently, it remains unclear how many companies in the UK will fall directly within the scope of the new EU legislation. However, it is certain that UK companies will have to follow its provisions. For example, the EU Supply Chain Law would impact a UK company generating turnover in the EU through export or the activities of a branch that meets the thresholds set out in Article 2 of the proposed legislation.

It could also impact UK businesses that export to EU companies that themselves fall within the scope of the proposed law. That would see regulated EU companies call on their UK counterparts to meet all outstanding requirements.

What violations are covered by the law?

European companies have a responsibility to ensure that their suppliers do not violate human rights and environmental protection. Examples of violations include:

Using Germany’s Supply Chain Act or “Lieferkettengesetz” as an example, how does the new EU legislation differ?

Europe’s largest economy passed its Supply Chain Duty Act or Lieferkettensorgfaltspflichtengesetz on 11 June 2021 but the EU Commission’s draft law goes far beyond it:

What is the liability clause in the EU Supply Chain Law?

EU companies are also held civilly liable under the Supply Chain Act if the violation of human rights or environmental protection was committed by a supplier with whom they work on a permanent or regular basis. Companies can be exempt from liability if they have concluded codes of conduct with trading partners and their compliance has been verified.

How do companies best prepare for the Supply Chain Act?

Companies must ensure compliance with the legal requirements not only for themselves and their subsidiaries, but also for their suppliers along the entire value chain, i.e., all activities related to the production of goods or the provision of services, including all upstream and downstream business relationships.

Affected companies must therefore check exactly where the supplied goods come from, how they were produced and what consequences this had for the environment and climate. In the case of imports from third-world countries, checking the entire supply chain may well prove a greater challenge.

In order to prepare for all the requirements of the new regulation in a legally secure manner, companies should conduct a continuous and comprehensible risk assessment. With the help of a flexible business partner audit as an integral part of the Compliance Management System (CMS), companies can simultaneously fulfil and document their due diligence obligations.

What does the law mean for SMEs?

Small and medium-sized enterprises are indirectly affected by the Supply Chain Act, because in the medium term, large companies will also oblige SMEs to review their supply chains and obtain assurances of compliance with due diligence requirements in the area of human rights and environmental protection.

However, this may well represent an opportunity for SMEs because the organisations clearly positioning and preparing themselves at an early stage will benefit from competitive advantages over their rivals. Nevertheless, this requires not only resources but also extensive know-how. Therefore, it makes sense, especially for SMEs, to rely on holistic solutions that digitally map these process and support them in complying with all requirements.

In order to relieve the burden on SMEs, the law includes various support measures, such as lending to SMEs remaining unaffected and, in addition, the costs of complying with the requirements being subsidies with state aid.

The road to a European supply chain law

The signs were green from the beginning. In December 2020, all 27 EU member states spoke out in favour of a European supply chain law. In March 2021, MEPs adopted a legislative proposal on corporate accountability and due diligence. The EU Commission then prepared a draft and presented it in February 2022.

The next steps will see the proposal go to the European Parliament and the Council for approval. Experts nevertheless expect that it will still be debated intensively in the Parliament before the supply chain law is passed with possible new standards. This is likely to occur in 2023.

In the UK, a letter sent to the Chair of the House of Commons Business, Energy and Industrial Strategy Committee states that the UK governement does not intend to replicate the EU Commission’s proposal at this time. Officials consider that directors of UK quoted companies are already held to account on their management of human rights and environmental issues in their annual reporting.

Criticism and demands for improvement

There has been some criticism of the draft EU law, notably that it does not go far enough and still contains gaps.

One point of criticism, for example, is that many companies fall far below the threshold value and will not be affected by the regulation as a result. Another fear being voiced by non-governmental organisations is that lobbyists will have a great deal of influence at EU level and that the adoption of the law will either take too long in the end or be severely weakened.

Others fear an increasing burden for affected companies who have also suffered as a result of the Covid-19 pandemic, as well as an enormous amount of control and bureaucracy. Industry and business circles have also voiced concerns about competitive disadvantages due to too much regulation.

Why do we need a European supply chain law?

With millions of people working under inhumane conditions across the world where forced and child labour are the order of the day, this legislation is vital for protecting human rights and the environment. Wages below subsistence level are not uncommon while many people continue to work under life-threatening safety standards, suffering lifelong health consequences. The environment suffers as well, and this will have a devastating impact on the future and the livelihood of millions. Exploitation and environmental degradation remain an element of the supply chains of European companies.

The trend towards inhumane working conditions is growing according to the European Centre of Human Rights, particularly in China, where the problem is becoming increasingly widespread, according to Amnesty International. 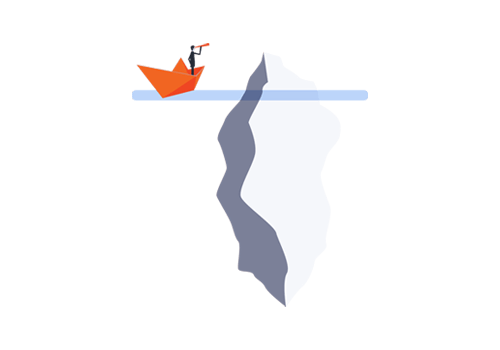 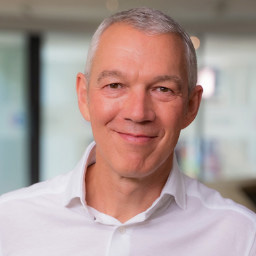 As Managing Director for Corporate Compliance at EQS Group, Kai Leisering is responsible for the EQS Compliance COCKPIT. As a proven expert, he has many years of experience in the compliance field. Kai regularly appears as a speaker at conferences and as a guest author in various industry media.